Aamir Khan found himself in soup after he recently met Turkish First Lady Emine Erdogan while he was in Turkey for shooting his latest project Laal Singh Chaddha.

The Rashtriya Swayamsevak Sangh has seemingly turned against a section of Bollywood with stepping up attacks against the stars including the Khans for not being ‘patriotic enough’.  The RSS’s mouthpiece Panchjanya, in its latest issue, ran a cover story making a frontal attack on certain film stars, including Aamir Khan, for allegedly colluding with “anti-India forces,” with specific reference to China and Turkey. Aamir Khan found himself in soup after he recently met Turkish First Lady Emine Erdogan while he was in Turkey for shooting his latest project Laal Singh Chaddha.

Brushing aside several of Khan’s ‘patriotic films’ such as Lagaan, Sarfarosh and 1857: The Rising, the Panchjanya’s Editor, Hitesh Shankar, alleged that the actor’s current actions were not of the nationalist hue.

“The meeting between Aamir Khan and Turkey’s first lady Mrs Erdogan hurt feelings in India as the Erdogan government has been opposing India’s legitimate actions in Jammu and Kashmir. We also wanted to decode why Aamir Khan was so popular in China compared with other Indian film stars, why Dangal did better there than Sultan (starring Salman Khan) which had almost the same content. Aamir Khan also endorses particular Chinese brands, and no one flourishes in China until the Chinese state decides to promote them,” Shankar told The Hindu.

The latest issue of the magazine, which focuses on Bollywood, accused Aamir Khan of being friendly with countries that are considered “India’s enemies.” On the flip side, it showered praises on actors like Ajay Devgn and Kangana Ranaut for doing “nationalistic” films.

Titled ‘Dragon ka pyara Khan’ (The Khan loved by the Dragon), an article says “On one hand, there are some stars and filmmakers including Akshay Kumar, Ajay Devgn, John Abraham and Kangana Ranaut for whom making or acting in a film full of nationalism and patriotism is like showing their loyalty to the country. On the other hand is an actor like Aamir Khan, who does not see any harm in forging friendships with those that are considered enemies of India.”

Aamir Khan is busy meeting the First Lady of Turkey in relation to shooting for his film, and “bending over backwards” in front of her, the article says. Two days after Aamir Khan met First Lady Erdogan on 15 August, the Vishva Hindu Parishad lashed at him.  “Love of some individuals and actors for anti-India forces has been increasing,” the Parishad said. 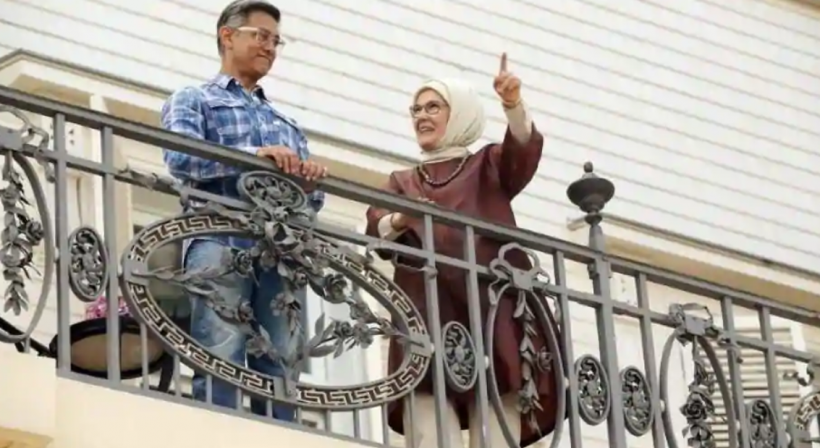 The magazine also mentions Aamir Khan’s earlier comments a few years ago where he spoke of growing intolerance in India and fears for his family’s safety.

If Khan really thinks that he is truly secular then why is he shooting in Turkey, because Istanbul supports Pakistan on Jammu and Kashmir. The people of India haven’t forgotten Aamir Khan’s interview in which he said his wife Kiran Rao is scared of living in India because intolerance in the country has risen,” it says.

Endorsing the article, Editor Shankar claimed Aamir seems to be the favourite of the Chinese Communist Party system. “As far as the article on Aamir Khan is concerned, the writer has correctly pointed out that while Salman Khan’s Sultan didn’t do well in China, Dangal did (both are on the subject of wrestling). Aamir seems to be the favourite of the CCP (Chinese Communist Party) system and the fact his movies are doing so well is an indication that he is being promoted by the Chinese state,” Shankar was quoted by The Print.

A section of social media having allegiance to the Sangh Parivar had also unleashed online assaults against the superstar.

Earlier last week, Kangana Ranaut had shared an ‘interview’ of Aamir Khan, accusing him of ‘kattarpanthi’ (extremist religious views). Later, the interview was proven to be fake.

In the fake interview, Aamir was shown to be saying that even though he is a Muslim and his wife (filmmaker Kiran Rao) a Hindu, their children will only be brought up with Islamic culture and traditions. Sharing it, Kangana had tweeted that ‘outcome of a marriage is not just a blend of genes and cultures but even religions’, asking the actor to teach his children ‘Allah ki ebadat bhi seekhayein aur Shri Krishn ki Bhakti bhi’.

Bollywood star Deepika Padukone also came under the virtual attack by the Sangh Parivar after she visited Jawaharlal Nehru University amid the ABVP attack against students union leaders.